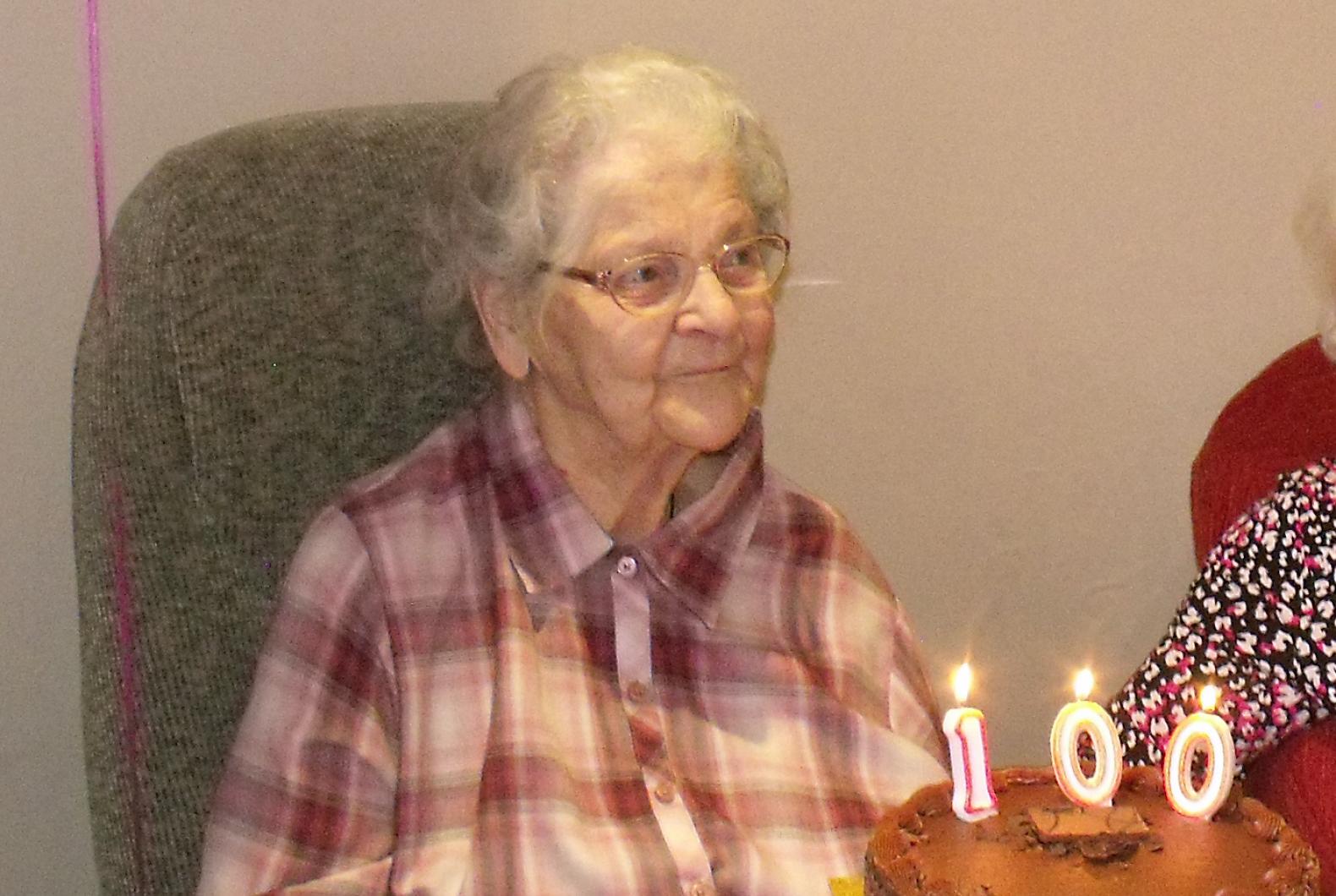 A Norwich woman who was born as revolution swept Russia has celebrated her 100th birthday in the city which is still her home.

Edna Mann – nee Swain – celebrated the milestone with friends and neighbours at Norwich Housing Society’s Westwood House off Earlham Road, where she has been a resident for 30 years.

Born in Exeter Street, she went to school at Thorpe Hamlet School on Ella Road before going to work at aged 14 at Caley’s chocolate factory, where other members of her family worked – and where she was to meet her future husband.

One distinct memory of early married life was in 1940, she emerged from the communal air raid shelter to find that her home had been levelled by German bombers.

A lifelong Salvationist and wife of a Salvation Army officer, Edna lived for some time in Reading in the former house of the Salvation Army’s founder William Booth, before returning to Norwich.

She spent many years in the kitchens of the city’s Salvation Army, preparing and distributing meals for the homeless – and she can still be found there making tea on a Wednesday.  She was also an avid knitter, making blankets and shawls for those in need.

Edna attributes her longevity to ‘clean living’ – a lifetime of not smoking or drinking.  Her favourite food is fish; she loves listening to the music of the Salvation Army’s brass band, and watching pointless, football and especially snooker on the television – in fact family members are well aware not to call her if there is snooker on television, as she won’t pick up.

Norwich Housing Society chief executive Mike Allen, who presented Edna with a bouquet of flowers to mark her birthday, said, “Edna is one of our longest-standing residents, and she really is a remarkable lady.  She remains fit, active and independent, and an inspiration to us all.”

As well as the celebration at Westwood house, Edna also marked her big birthday with a Salvation Army celebration, and a family party.