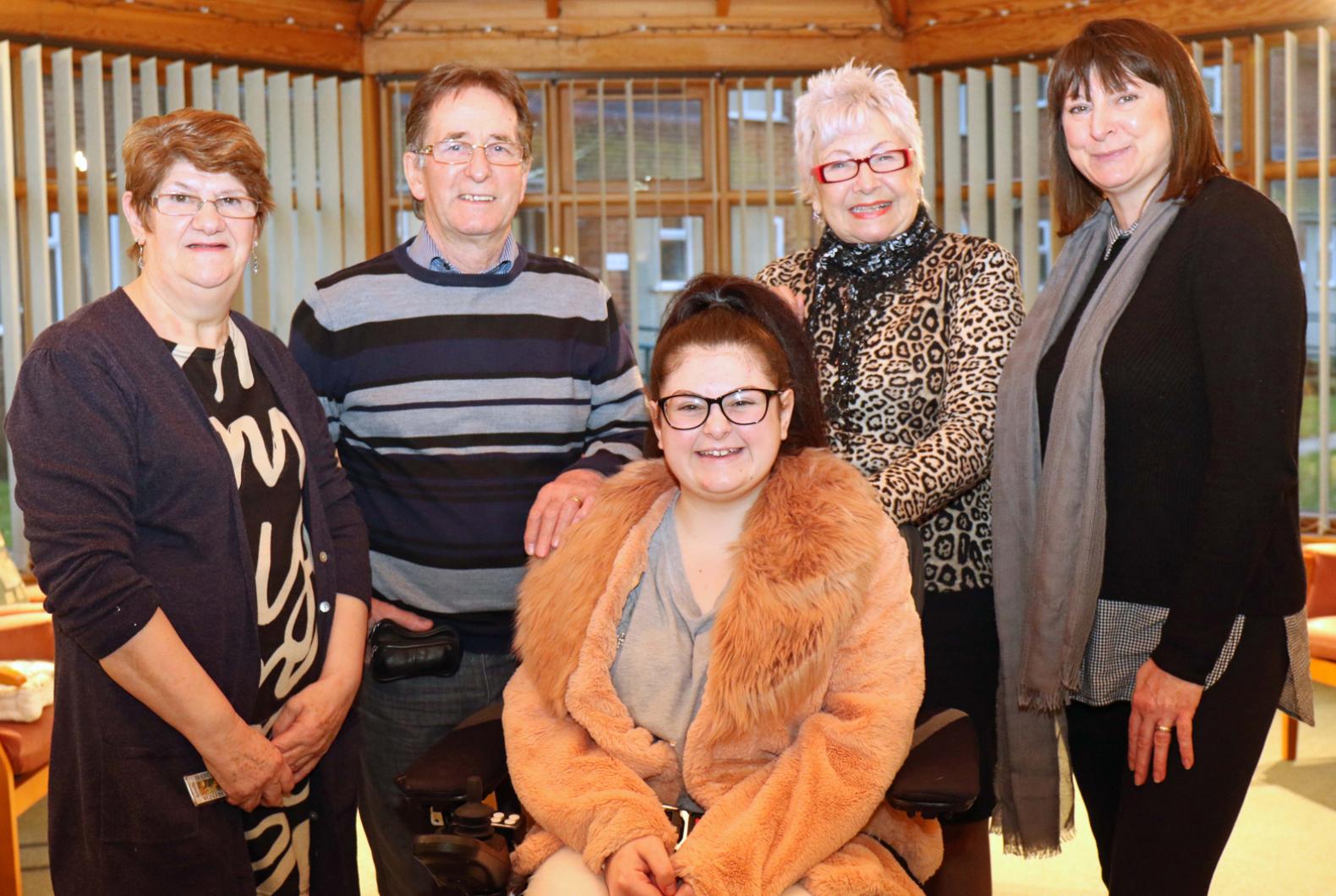 A Norfolk powerchair footballer is aiming to take part in her third consecutive FA Cup Final – thanks to the efforts of residents at a city sheltered scheme.

Rosie Hodgson will be using her £7,500 specialist powered wheelchair in the semi-final match next month for Watford-based Aspire PFC, and if the team wins, it will be the third year in a row that she will have taken part in the Final, at the England National Football Training Centre at St George’s Park – having scored the winning goal in the 2017 final.

Part of the funds needed to buy the top-of-the-range chair were raised by residents at Lanchester Court, a sheltered housing scheme run by Norwich Housing Society, where Rosie’s grandmother Brenda Hodgson has lived for the past nine years.

Residents at Lanchester Court, which is situated between Adelaide Street and Old Palace Road in the city, held a series of fundraising events, music nights and activities afternoons, raising a total of £1,500 towards the cost of Rosie’s powerchair.

“When Nan told her fellow residents that I needed a specialist chair to take part in powerchair football at the highest level, they rallied round and undertook to raise funds to help me,” said Rosie.  “There seems to be a great family spirit at Lanchester Court, and I’m really grateful for all their efforts.”

Lanchester Court resident Roy Westgate, who chairs the scheme’s social committee, added, “We heard all about Rosie from Brenda, and decided we wanted to help.  We initially set out with the aim of raising a few hundred pounds, but the momentum really got going, and in the end we were able to contribute £1,500 towards the cost of the chair.”

Rosie, who lives with her mum Tina Hodgson in the city, is currently studying photography at Norwich University of the Arts.  She hopes to pursue a career as a teacher.