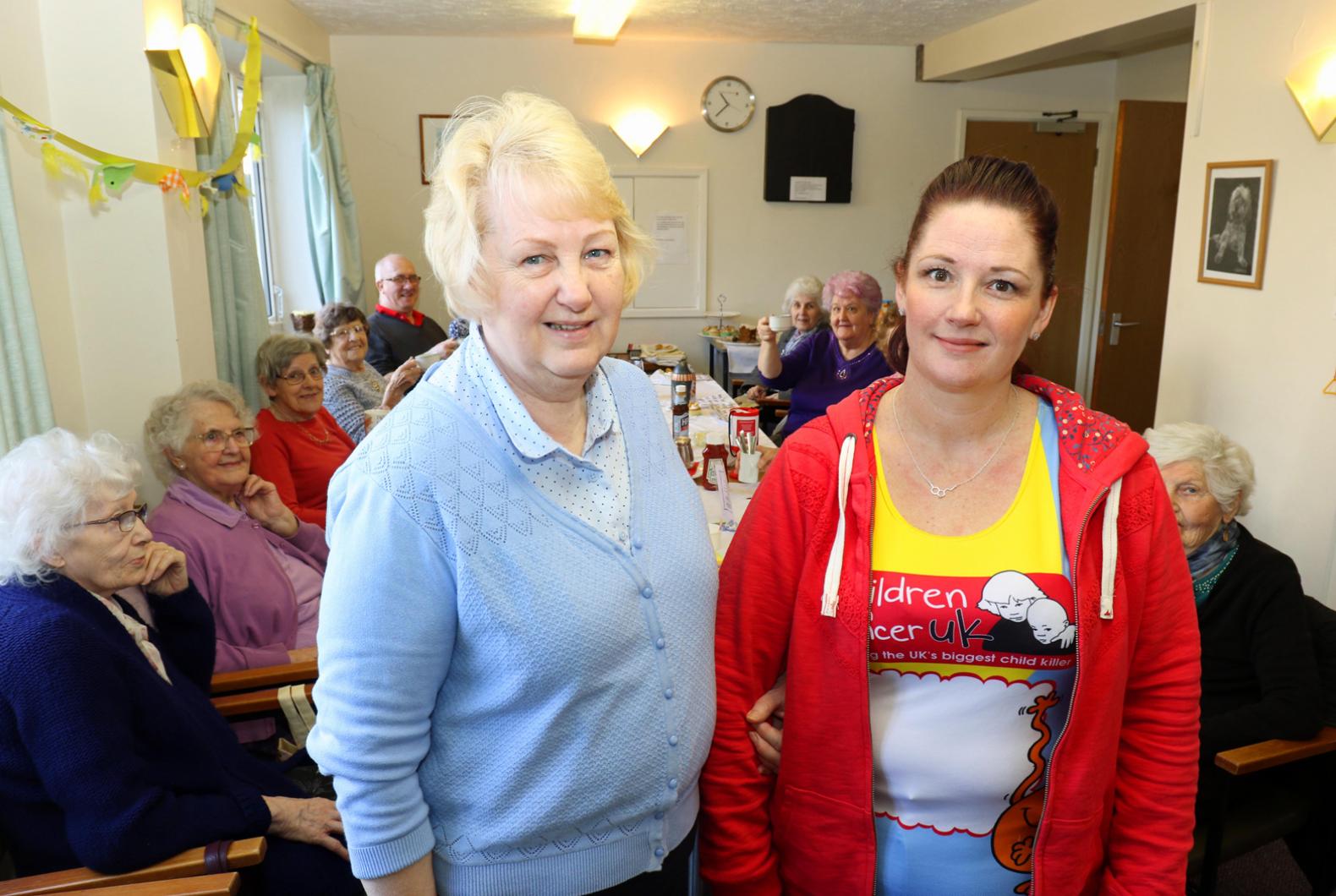 Older people living in a sheltered scheme in Norwich held a charity coffee morning to support a city woman who is tackling the London Marathon- her first – next month to raise money for children’s charity Children With Cancer.

Marie Charles, whose mum Kathy Glanville lives at the Eleanor Road scheme, which is run by Norwich Housing Society, asked if her mum’s fellow residents would like to help her towards her £1,500 fundraising target – and her plea was met with an enthusiastic response.

With home-baked cakes, bacon butties, tea and coffee, and a children’s toy stall, the coffee morning raised £178 in total.

Marie Charles, who is from Poringland and turns 44 this month, only took up running last August, in an effort to get fit and to find some ‘me-time’ away from looking after her five children.

She ran last year’s Norwich 10 just three weeks after taking up running, and has since completed the Royal Parks half marathon.  Now her target is to complete the London Marathon in under six hours – and to raise £1,500 for the charity, which supports kids diagnosed with cancer and their families.

“Preparing for the marathon has taken over my life for the past four months,” said Mrs Charles.  “It’s not just the training, but it’s learning about the nutrition, and of course trying to meet my fundraising target.

“When I asked mum if the residents at Eleanor Road would help, she assured me they would – and they have really made a great effort, for which I’m very grateful.”

The London Marathon takes place on Sunday 22th April.  Anyone who would like to support Mrs Charles’ fundraising effort can do so by donating at https://uk.virginmoneygiving.com/MarieCharles2.