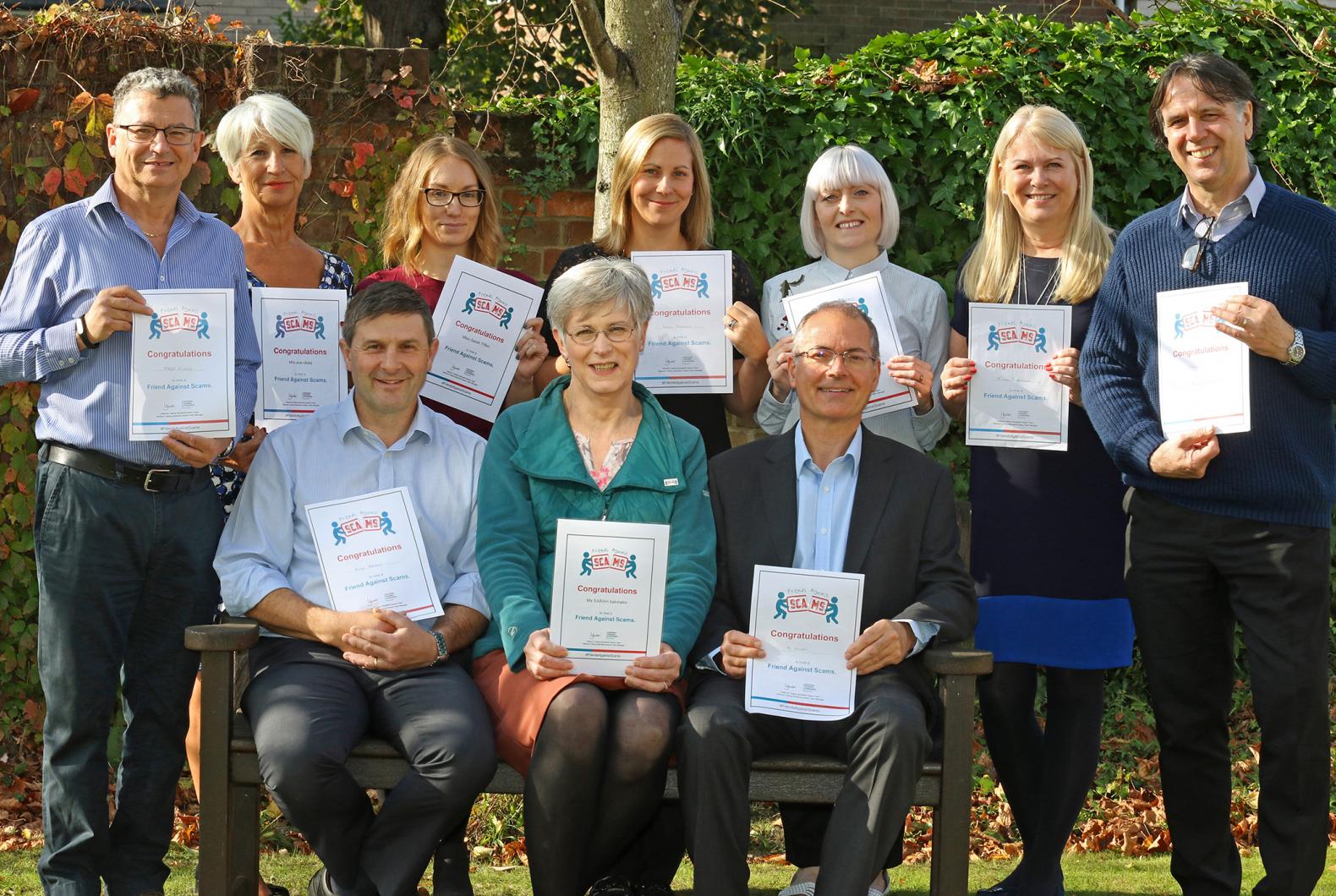 A Norwich housing association which specialises in providing sheltered accommodation for older people in the city has become the first housing provider in Norfolk to embrace a national campaign to protect vulnerable people from scams – with one of its scheme housing managers becoming a qualified ‘SCAMChampion’.

Norwich Housing Society, which manages around 300 flats on eight sites around the city, has trained every single one of its staff to become ‘Friends Against Scams’, part of an initiative created by National Trading Standards to empower communities to protect themselves from becoming victims of scams.

‘Friends Against Scams’ are trained to spread the word about potential scams, and prevent people becoming victims.  Norwich Housing Society staff have been trained to spot the different types of scams, and how to identify and support victims of scammers.

Sarah Batchelor, one of three scheme housing managers employed by the Society, has taken a step further by training to become a ‘SCAMChampion’. Sarah is now able to recruit and train more ‘Friends Against Scams’ and hence spread the reach of the campaign.

“With increased knowledge and awareness, people can make scams a part of their everyday conversation with their family, friends and neighbours, enabling them to protect themselves and others from scams,” said Ms Batchelor.

“Sadly, scammers tend to pick on vulnerable people, and older people are particularly at risk – which is why we decided that we would embrace this campaign and train every single one of our staff to take part.”

Richard Coleman of the National trading Standards Scams Team, who assist with co-ordinating the campaign nationally, added, “Scams affect the lives of millions of people across the UK.  People who are scammed often experience loneliness, shame and social isolation.

“Friends Against Scams aims to inspire action, highlight the scale of the problem, change the perception of why people fall victim to scams, and make scams a local, regional and national topic.

“We are delighted that Norwich Housing Society has picked up the baton in Norfolk, and we hope that other housing providers will feel motivated to get involved.”

More details about the Friends Against Scams initiative can be found at www.friendsagainstscams.org.uk.