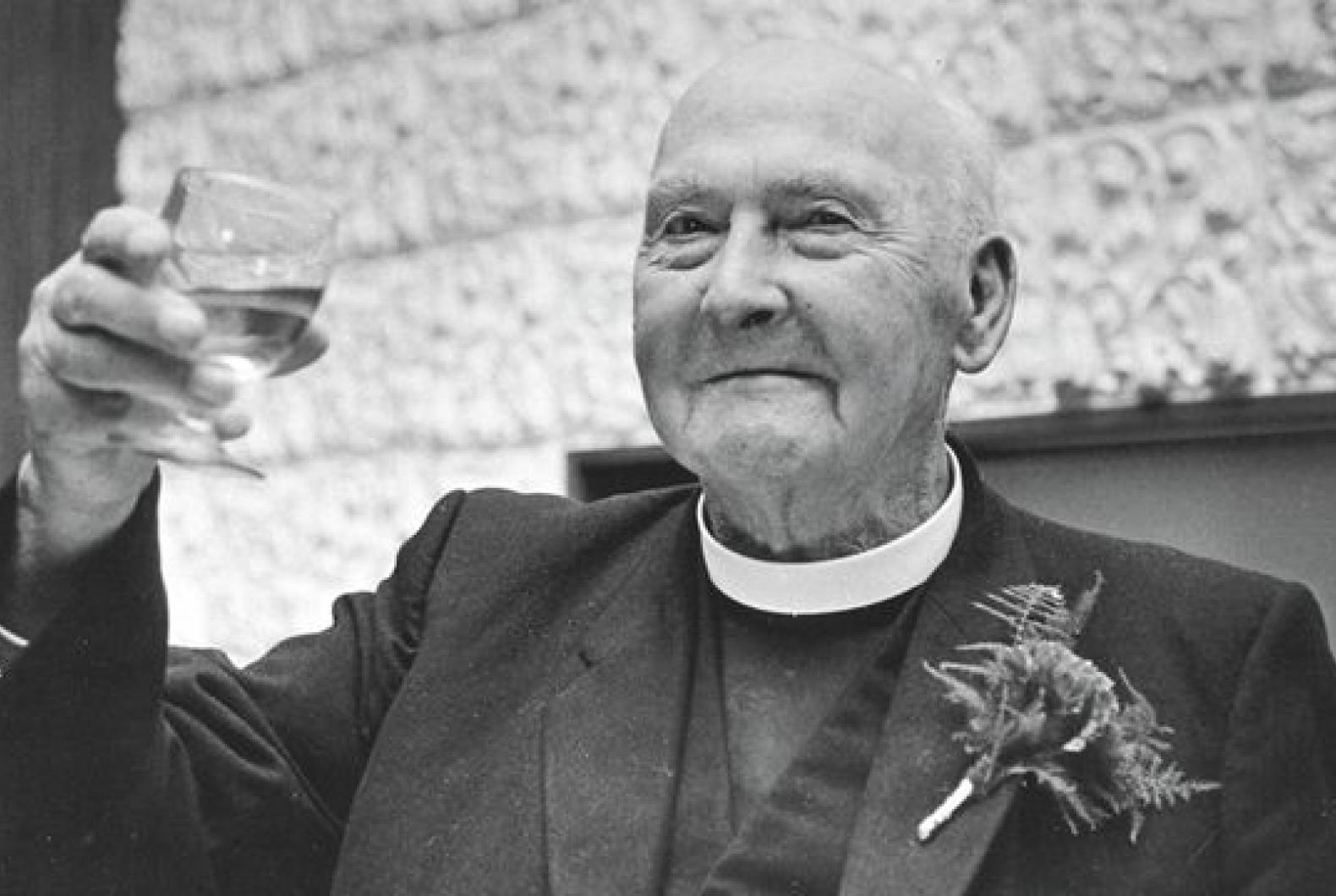 Norwich Housing Society was founded in 1934 by Canon Charles Lanchester, who was vicar of St Barnabas for more than half a century.  We are very grateful to Derek James for this wonderful article that was recently featured in the Eastern Daily Press.

He was one of the greatest and most popular clergymen ever to have served the people of Norwich. Derek James pays tribute to the remarkable CC

Today he is remembered at Lanchester Court, a Norwich Housing Society development in the city, and we can all be proud and pleased that his memory lives on in bricks and mortar.

There is also a house named after him at Norwich High School for Girls where he was chairman of the governors.

Canon Charles Compton Lanchester was an extraordinary man who became the oldest serving clergyman in the whole country who devoted his life to helping others.

There was no one better known or more affectionately regarded in his parish. The hero of Heigham.

A man with a twinkle in his eye as he sped around on the autocycle that his parishioners bought for him to mark 50 years in the parish back in 1956.

CC loved cars and motorcycles and people would shout and wave at him as he drove by or stopped to have a chat with them. 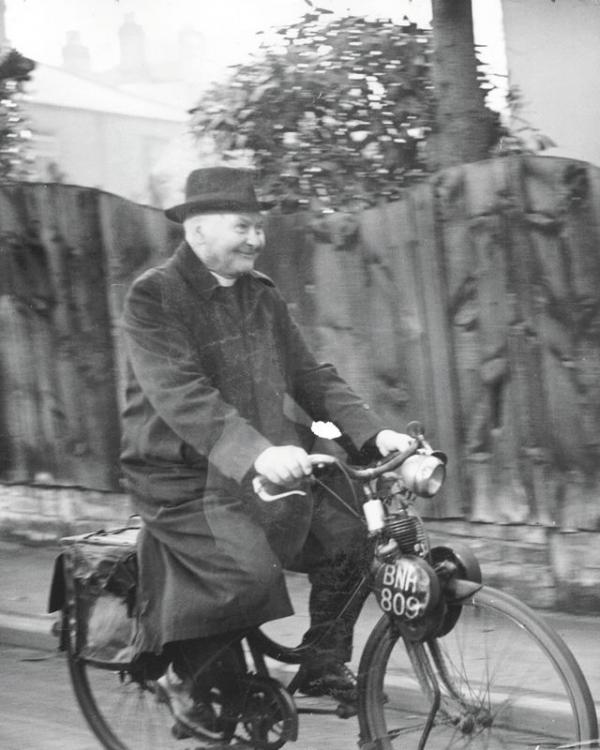 It is important that we don’t forget the likes of CC – a man who mixed with the rich and the poor, the old and young, reaching out to help and support them all in any way he could.

Educated at Cambridge University he arrived in Norwich in 1902 as curate of St Bartholomew Church, Heigham, which was later gutted in the Baedeker Raids of 1942.

CC was the man for St Barnabas, the new church being built for the community in Russell Street. He saw the foundation stone laid and became the first vicar of the parish in 1906.

This was a busy, bustling parish, most people were not wealthy and life was a struggle for many… but in CC they had a dear friend who reached out to one and all. He described it as a “happy parish.”

But there were times…

Four years after he took on the job, this part of Norwich was a raging torrent caused by the terrible floods of 1912. Many of the houses could only be reached by water and CC was among those who rowed round with food to be passed to families trapped in upper rooms.

It helped to forge such a strong bond between CC and his people. And he did his utmost to help the victims.

During the Second World War St Barnabas was also damaged in the bombing raids and for three months the congregation had to worship at St Margaret’s in St Benedict’s. CC was there for them at a time of death and destruction.

He was a loyal and respected friend to those at a desperate time of need when  parts of the parish were destroyed and lives were lost – at home and aboard.

CC went on to become one of the founders and chairman of the Norwich Housing Society and many of the new homes were built in the parish.

He also had a long association with the old Board of Guardians, looking after the poor and needy, and with the Norwich Education Committee. He was chairman and was made an MBE in 1955.

CC’s interest in education was deep and active. He knew how important it was.

He worked with many organisations. He became a governor of Norwich High School for Girls in 1939, then chairman of the governors in 1949, holding that office for many years. Lanchester House, named after him, was opened in 1958.

CC had a passion for motors. Cars and motorcycles.

He cut a dash on the streets of Edwardian Norwich nipping about in his two-cylinder Swift car and in 1915 responded to a Red Cross appeal for motorists to drive ambulances in the battle areas of France. After a few months civilians were replaced by military drivers.

CC’s only other absence of any length was when he accompanied Bishop Montgomery, father of Field Marshal Viscount Montgomery, on a seven month tour of the mission stations across the Far East.

On the occasion of a presentation to mark his 60 years in the ministry he told the gathering: “It was by the direct guidance of God that I came to the parish of St Bartholomew which was then included the Mission of St Barnabas.

“When I was invited to take over St Barnabas I replied: ‘I am inexperienced but I will try for a little while anyway.’”

The “little while” spanned generations….

Thousands mourned him when he died in February 1970 at the age of 93.

It was said of him: “The Church of England needs more Lanchesters – men whose lifelong devotion to inconspicuous churches in humble communities sheds a glory upon the whole parochial system.”