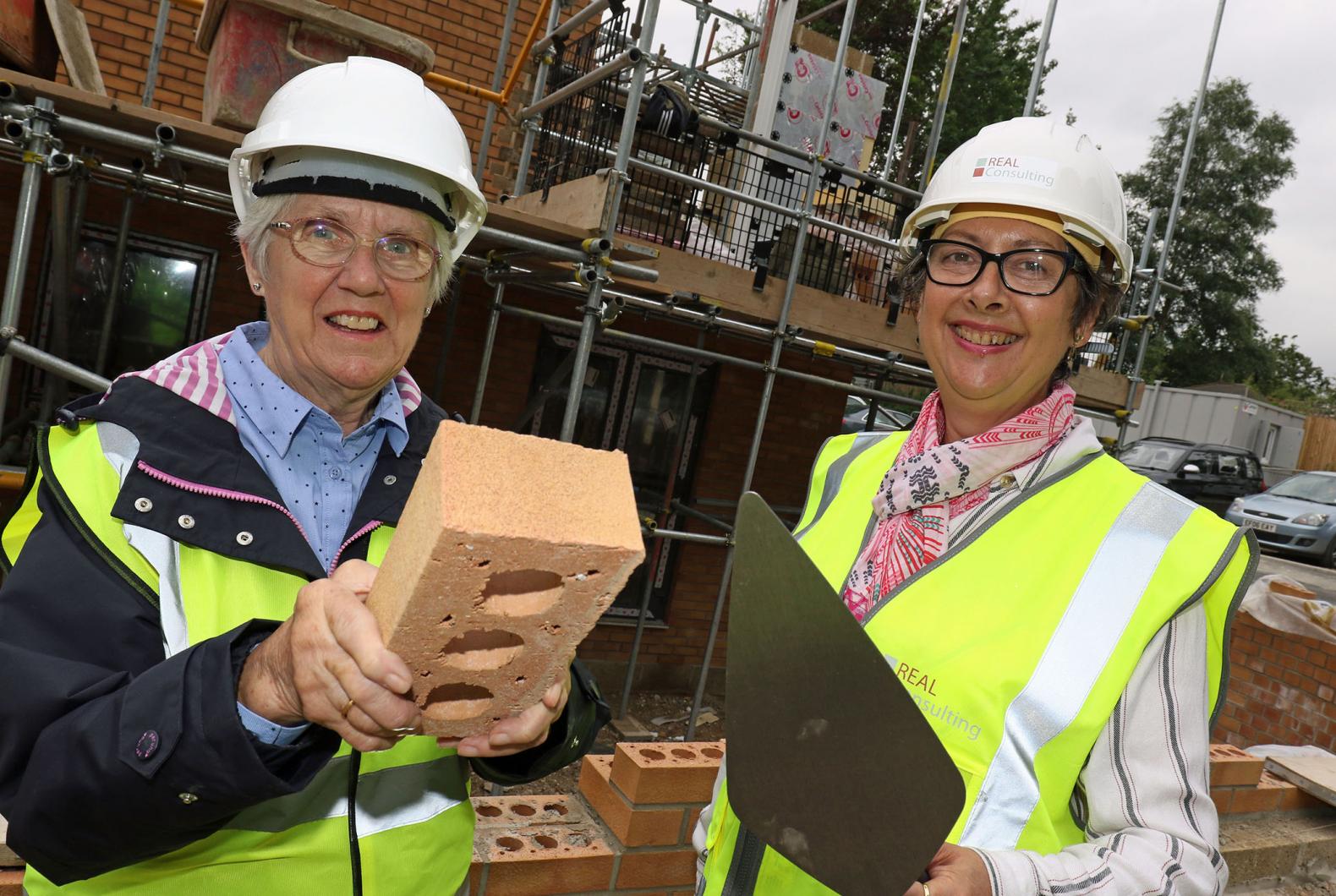 A ceremony has marked a milestone in the building of 20 new affordable homes for older people in Norwich.

The new £2 million development of fifteen one-bed flats and five two-bed flats has been funded by Norwich Housing Society with the help of a £600,000 grant from the City Council, which has come from Right To Buy receipts.

“We are delighted at the rapid progress which is being made on this site, creating 20 much-needed affordable homes for older people in a very sought-after part of the city,” said Norwich Housing Society chairman Carol Sangster.

“The new scheme has been brought about through a strong partnership between ourselves and Norwich City Council, and we very much look forward to taking possession of the new homes early next year.”

Cllr Harris added, “It is absolutely brilliant to see these high quality new homes for older people being built.  We are pleased to have been able to use our Right To Buy receipts to help bring this scheme into being, and I look forward to seeing the completed apartments.”

The name Leander Court is named after the English shrub rose Leander, reflecting the fact that the site was once a rose nursery.

The site will be Norwich Housing Society’s eighth scheme for older people in the city, bringing the number of properties it rents to 317.