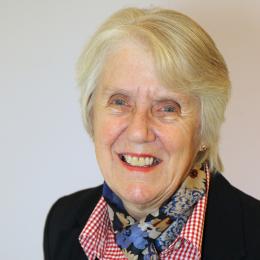 On leaving school I trained as a nurse and at a later date as a teacher. Using both strands of my training I have lived and worked in both day and residential environments. My husband, two sons and I moved to New Zealand for seven years in 1982 where I worked with people who were intellectually handicapped, first as a social worker and later as an evaluator and monitor of services. It was in this situation that I learnt that every aspect of life, and service provision, is essential for a good quality of life even when the odds may seem stacked against you. On returning to the UK I studied for a psychology and sociology degree as I had joined a team of Educational Welfare Officers working in schools in Berkshire. For the last six years before retiring I worked within a Charitable Trust managing residential colleges for widows and clergy of the C. of E. It was here that I saw the stresses and strains of providing houses for the elderly while maintaining the infrastructure, some parts of which had been built in the 1660s. The complexity of adapting the interiors to accommodate older residents in independent living, while upholding the demands as listed properties, and accommodating the various bodies who needed to be heard was challenging. We worked hard to encourage them to become a happy vibrant community drawing on their strengths and weaknesses, but respecting others who chose not to be involved. Since retiring in 2010 I have become more and more involved in the voluntary sector where the skills I have gleaned in life, and the courses I have undertaken could be put to good use in serving others.